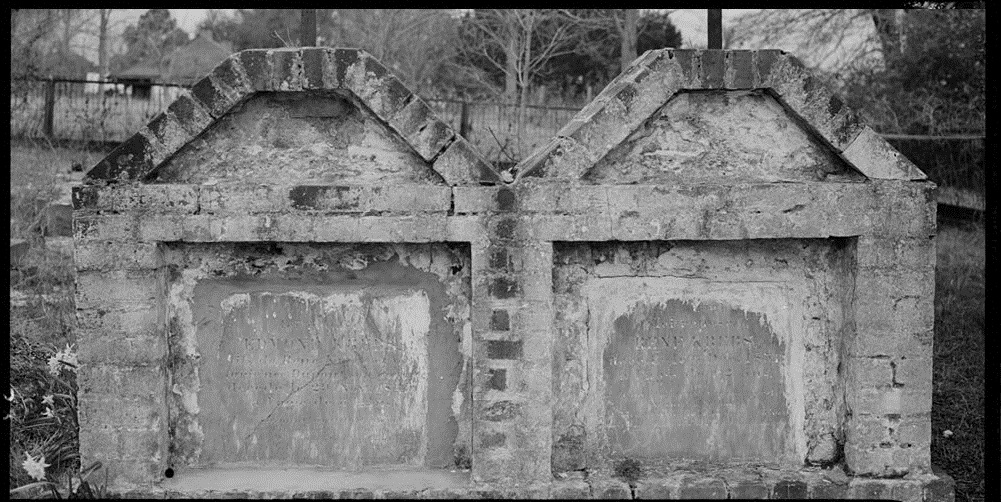 Next to the LaPointe-Krebs House and adjacent to the Krebs Lake at Old Spanish Fort lies historic Kreb’s Cemetery. Many of the original tombstones and markers are inscribed in French; the French controlled the territory from 1718-1763. The lake and cemetery took the Krebs name when Baron Hugo Ernestus Krebs became a landowner in the 1730s. The British crown laid claim to the territory from 1763-1779. The Spanish gained control in 1779, and the Americans took over in 1798 with the Louisiana Purchase. The name, Old Spanish Fort, became the popular name of what is known today as the La Pointe-Krebs House and the Museum next to the graveyard. The historic marker for Krebs’ cotton gin, several cannons, and ship anchors visually bring visitors back through these historical periods.

All Saints Day was observed at Krebs Cemetery as early as 1875. Members of the Jackson County Historical and Genealogical Society annually re-enact famous Mississippians mourning their family and friends in late October at the LaPointe-Krebs House and adjacent cemetery. Over 1,000 people come out to observe stoic actors in authentic period costumes honor their characters’ loved ones. The Pascagoula Indians, French, British, Spanish, and Americans have all recognized the hallowed ground upon which the LaPointe-Krebs house was built. Many generations have also been laid to rest under this precious soil the past 300 years. This burial ground’s famous location personifies Mississippi’s rich history.