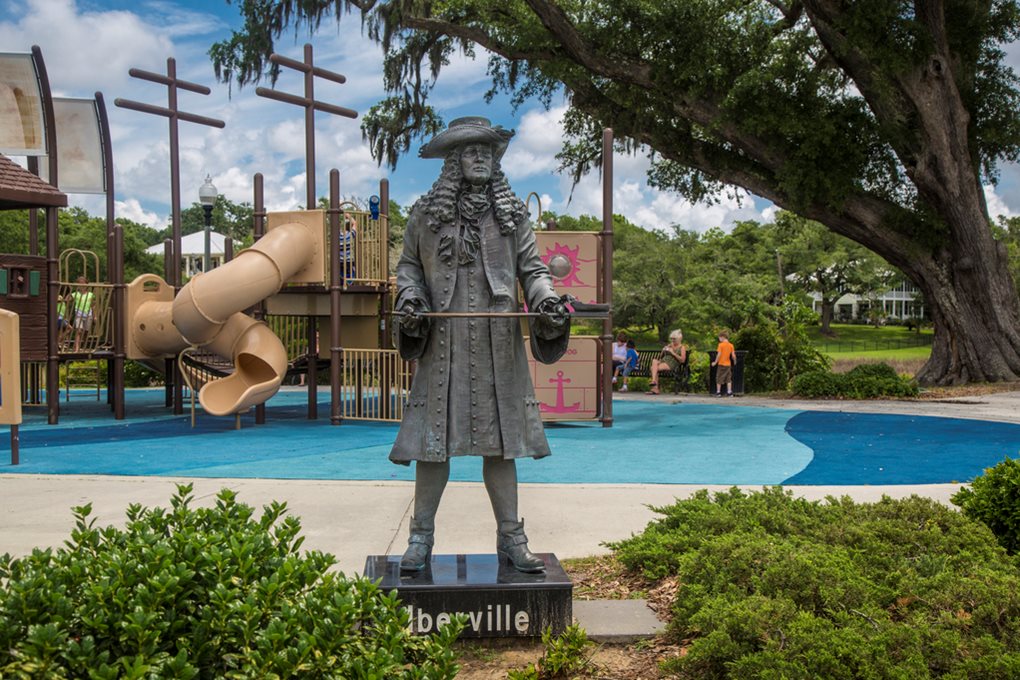 It was around Ocean Springs, Biloxi’s neighbor to the east, where famous French explorer, Pierre Le Moyne D’Iberville first colonized the area in 1699. 20 years later Fort Maurepas became the capital of French Louisiana.

After landing on Ship Island, just off the Mississippi Gulf Coast, d’Iberville was tasked with finding a proper location for the new capital. That location is thought to be somewhere in the back bay’s of Biloxi and Ocean Springs. After he established the first white settlement in Mississippi, D’Iberville returned to France.

According to journals, he left around 100 people, including high ranking members of the French Navy, to maintain the area. On maps from that era, the name evolved to “Fort Bilocci,” which is the French translation for Biloxi.

Unfortunately, there were few among the colonists who cared for agriculture, and the colony never became self-sustaining.

Since the original fort burned down in the early 1700’s and was never reconstructed, the exact location is not known. But the current replica, which is now a state park, represents the history and discovery of this area. Visitors can experience the park on Front Beach drive, across the street from the Gulf of Mexico in Ocean Springs.

After suffering severe damage after Hurricane Katrina, Fort Maurapas was rebuilt in the late 2000’s. It now includes a pavilion, fort replica, fishing pier, splash pad and a structure resembling the ship of D’Iberville.