Welcome to the Byways to Space network – the only one of its kind in the country. This scenic byway includes six routes that cover more than 30 miles through or near the NASA Stennis Space Center’s (SSC) 125,000-acre buffer zone. Often canopied by oaks, the roads and trails meander through the scenic countryside, passing former historic settlement sites, scenic vistas, natural waterways, and parks perfect for hikers, bicyclists, birders, kayakers, and nature lovers.
Located on the Old Spanish Trail (also called the Chef Menteur Highway), the Pearlington Byway stretches from the town of Pearlington and intersects Highway 607. Along the way, visitors can view pine plantations and an abundance of deer. One unique feature along the byway is a mid-1900’s highway rest area, which has a plaque stating the Bay-Waveland Garden Club maintained the area. Remnants of an old well can be found, along with concrete tables and benches.
The Old Spanish Trail was said to have supplanted the old military road built by the Spanish explorers to connect their missions and forts across the continent. Actually, the coast road was about 15-20 miles south of El Camino Real, which was built in the early 1800s to connect Pensacola and Baton Rouge. Construction of the Pearl River Bridge at Pearlington offered a short cut between the coast and New Orleans, replacing the road through Devil’s Swamp, a place greatly feared by drivers due to legends of unexplained automobile troubles, robberies, murders, disappearances, and ghosts.
By 1935, the highway to New Orleans was completed, and the Trail ran west from the Bay Bridge on Ulman Street, south on Dunbar, and along St. Francis to form what is even now known as the Old Spanish Trail. 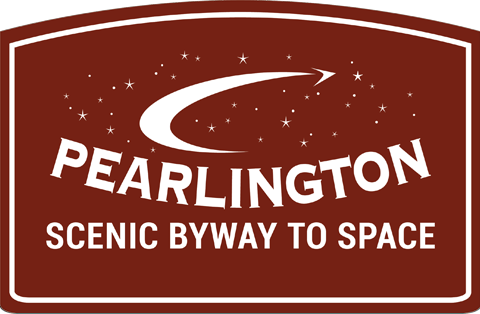 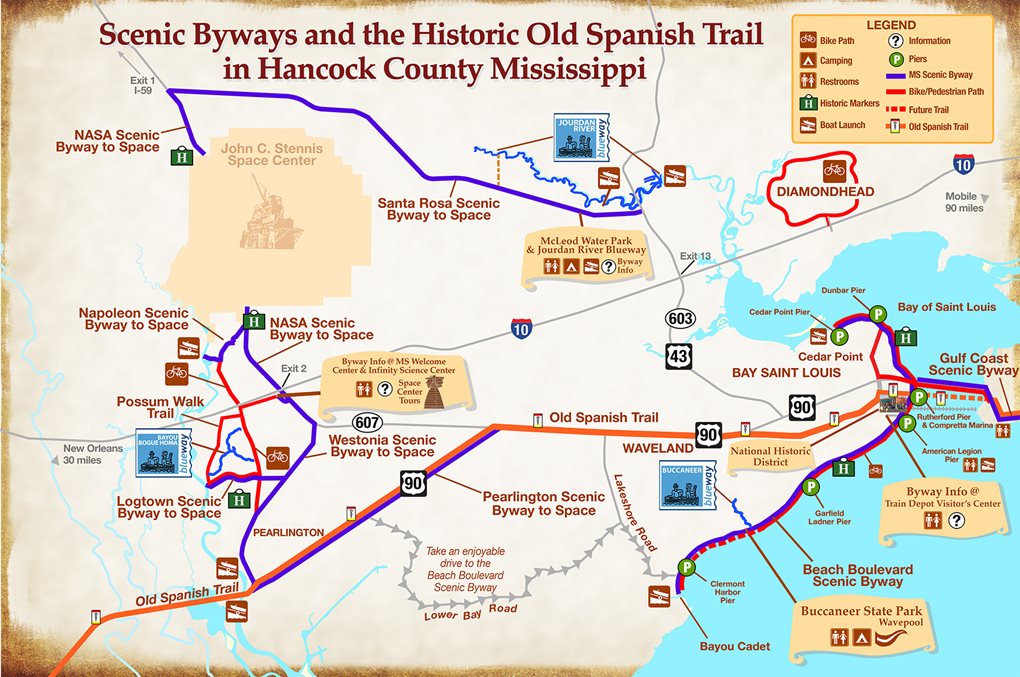