Ocean Springs, incorporated in 1892, has a population of over 17,000 people living in approximately 11 square miles in Jackson County. The Biloxi Back Bay is south and Old Fort Bayou is north of Ocean Springs (OS). The city of Gautier is east of OS towards Pascagoula, MS.

Discovered by French-Canadian Pierre Le Moyne d’Iberville in April 1699 who was looking for the mouth of the Mississippi River under the authority of King Louis XIV, present-day Ocean Springs was the first permanent French settlement of the Mississippi Gulf Coast at Fort Maurepas. Due to the Native Americans who inhabited this area, Bylocchy (later spelled Biloxi), when the settlement moved to present-day Biloxi near the current Biloxi Lighthouse, the deserted area was known as Old Biloxi. Little recorded history can be found during British then Spanish rule of the 18th century. After Mississippi was admitted to the Union in 1817, a small village developed where the people began farming, fishing, and working in the lumber industry.

Tourism started as an important industry in Ocean Springs in the mid-1850’s because of interest in the healing powers of mineral springs in Fort Bayou. The Ocean Springs Hotel was built and eventually gave the small town its name in 1854. With the completion of the railroad in 1870, the business district was centered around the L&N train depot. Seafood production increased with the formation of the railroad as fish, shrimp, crabs, and oysters could be shipped to regional markets. Seafood was processed in sheds called “fish or oyster houses.” Many hotels lined main street as Ocean Springs was a popular destination by affluent residents of New Orleans, who were escaping yellow fever at the time, and of Chicago thanks to the timber industry. The Charnley-Norwood house on East Beach, designed by Louis Sullivan (Father of the Skyscraper) and his then apprentice Frank Lloyd Wright, was originally constructed in 1890 for a Chicago lumber merchant, James Charnley. Recently restored after Hurricane Katrina, the home is now open and available for tours.

Two harbors were created in early to mid-1900s, one having been operated by the Army Air Corps rescuing downed air pilots during training flights. The landscape of this unique city is unlike any other on the Mississippi Gulf Coast. The natural curves and slopes, bayous and marshes, enormous Live Oaks, and stunning views continue to make Ocean Springs a top destination for Gulf Coast families and visitors. Gulf Islands National Seashore Davis Bayou, an escape located just off busy Highway 90, offers camping, a nature trail, boat launch and visitors center. Davis Bayou offers a wonderful setting for the University of Southern Mississippi’s Gulf Coast Research Laboratory, which offers research and educational activities to undergraduate and graduate students, as well as pre-college students and their teachers.

Ocean Springs is now known as a dining destination on the MS Gulf Coast with a vibrant nightlife, unique boutique shopping, and charming B&Bs. Front Beach is a great place to hang out with friends and play volleyball, build bon fires (in designated fire pits), or paddleboard the Bay. Many well-maintained parks provide family fun throughout the city, including Fort Maurepas Park, commemorating the landing of d’Iberville in 1699. Nearby is a tackle and bait shop, fishing pier, and newly constructed boat launch to access Biloxi Bay and the Mississippi Sound leading to the Gulf of Mexico.

“The Walter Anderson Museum of Art (WAMA) opened in 1991 and is dedicated to the celebration of the works of Walter Inglis Anderson (1903-1965), an American master artist whose depictions of plants, animals, and people of the Gulf Coast have placed him among the foremost of American painters of the Twentieth Century,” (walterandersonmuseum.org). Peter Anderson, Walter Anderson’s older brother and famous American ceramist founded Shearwater Pottery in Ocean Springs in 1928. Every year, the Peter Anderson Arts and Crafts Festival memorializes him and his extraordinary work, as well as the artistic influence he had on Ocean Springs. The event, held the first weekend of November, draws over 150,000 attendees and more than 400 vendors. The Andersons drew inspiration from Horn Island, which is located just south of Ocean Springs and continues to inspire artists of today. 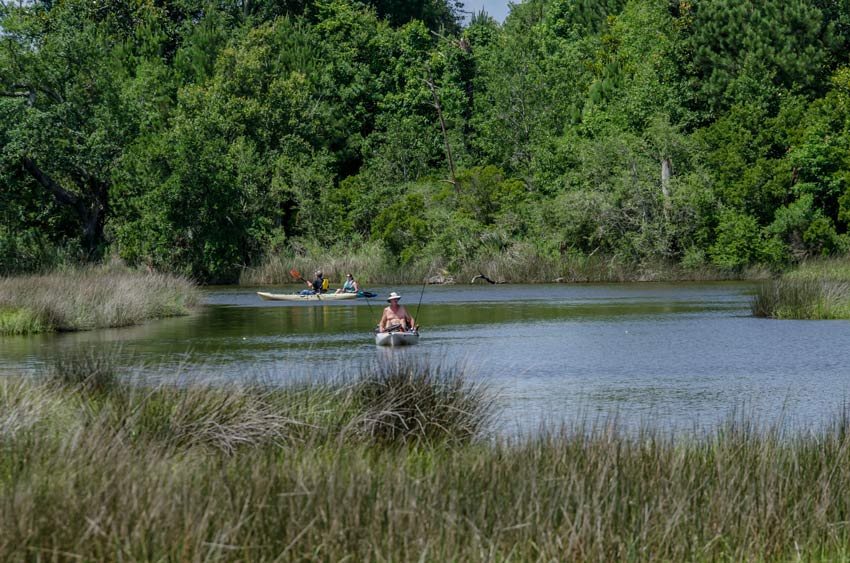 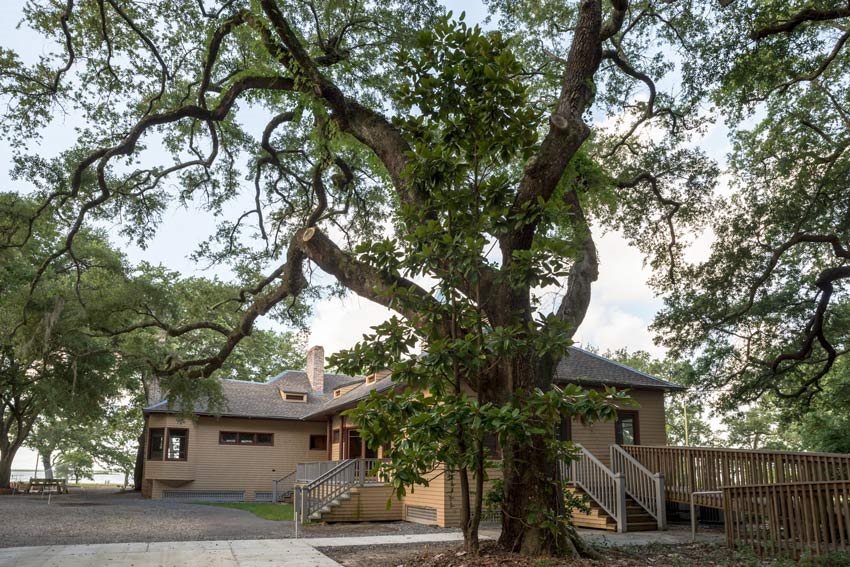