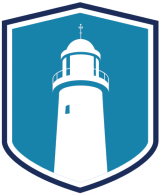 Hurricane Katrina has been called the worst natural disaster in U.S. history. Waveland, Mississippi was Ground Zero. Katrina’s winds and tsunami-like surge destroyed dozens of lives and tens of thousands of homes across the coast, leaving behind devastation and heartbreak on a scale that stunned the world.

But that’s only half of the story. Fueled with courage, bolstered by humor and lifted up by an unprecedented number of volunteers who poured in from around the country, the people of the Mississippi coast began to rebuild their lives and their towns. Our museum is not a memorial to a disaster, but a tribute to the strength and beauty of the human spirit.

The museum's home - the historic Waveland Elementary School - is actually an exhibit itself. The only building left standing on Coleman Avenue after the unprecedented rage of Hurricane Katrina, it has been artfully restored to the highest historic standards.